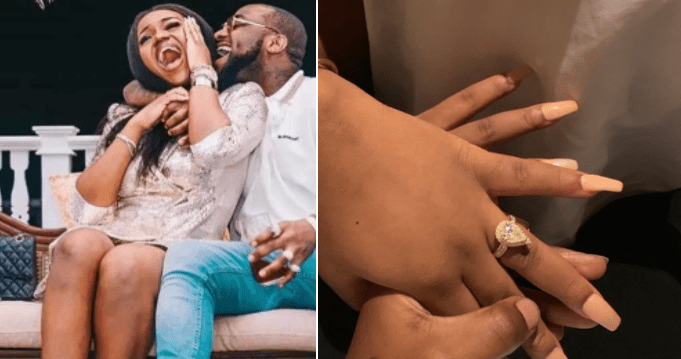 Nigerian superstar, David ‘Davido’ Adeleke is engaged to long-time girlfriend, Chioma Rowland. News Agency of Nigeria reports that the singer proposed to her at an event with their close friends and family present.

Davido shared photographs and a video from the proposal on his Instagram page @davidoofficial with the caption, “She said yes. Big rock.” This proposal comes shortly after their family introduction, announced by the singer on Instagram, which took place on September 2. Davido dedicated his 2018 hit song, ‘Assurance’ to Chioma.

In a recent interview, Davido revealed that the wedding would take place in 2020. He said, “We have not started all that plans yet. 2020 is the year for sure”, the singer said. The post has since gone viral with fans and celebrities alike congratulating the celebrity couple on the engagement.