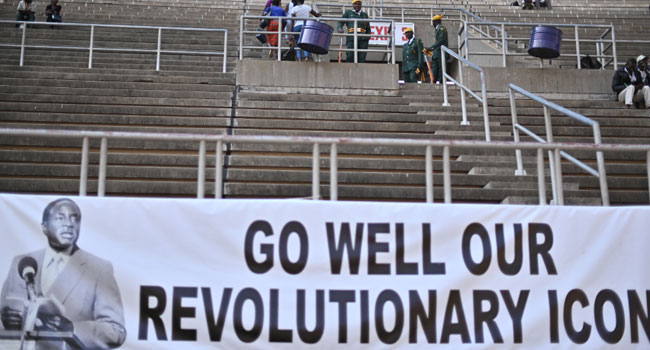 Zimbabwe gave former leader Robert Mugabe a state funeral on Saturday with African leaders paying tribute to a man lauded as a liberation hero but whose 37-year rule was defined by repression and economic turmoil.

Mugabe, who died in Singapore aged 95, left Zimbabwe deeply divided over his legacy with the southern African country still struggling with high inflation and shortages of goods after decades of mismanagement.

Mugabe died last week on an overseas medical trip almost two years after former army loyalists forced him out in 2017, following a power struggle over what was widely perceived as his bid to position his wife Grace to succeed him.

[UPDATE] Coronavirus: We have not stopped issuing visas to Nigerians –...