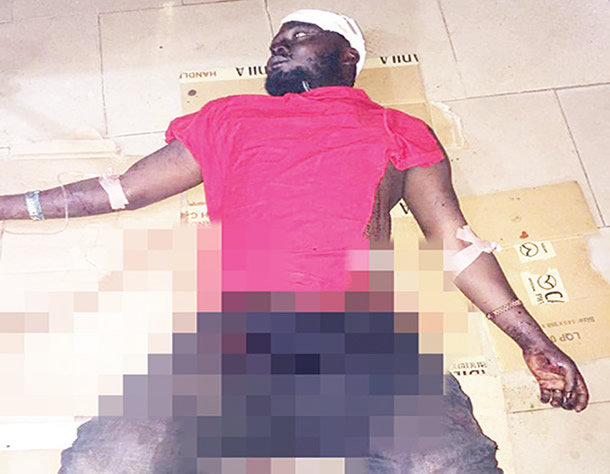 No fewer than nine persons sustained varying degrees of injury when an allegedly drunk policeman, identified as Taiwo Orisadare, stabbed them at a nightclub in Akure, the Ondo State capital, on Friday. The policeman, attached to the Area Commander’s office, Akure, allegedly stabbed the victims, who were said to be young men, at a popular club in Alagbaka GRA during a brawl.

“He won’t just listen to those trying to tell him to take things easy. It got to a point that things went awry as he started attacking everyone he could lay his hands on. In total, he stabbed nine people before he was overpowered.” Another source said some of the victims were currently receiving treatment at various hospitals in Akure, while some were in critical conditions.

However, there was no loss of life in the incident. When contacted on the development, the Police Public Relations Officer in the state, Femi Joseph, confirmed the incident and stated that both parties were engaged in a brawl. He stated that Orisadare was also injured in the fight and had been taken to hospital.

Alexandre Lacazette to leave Arsenal at end of contract on 30...