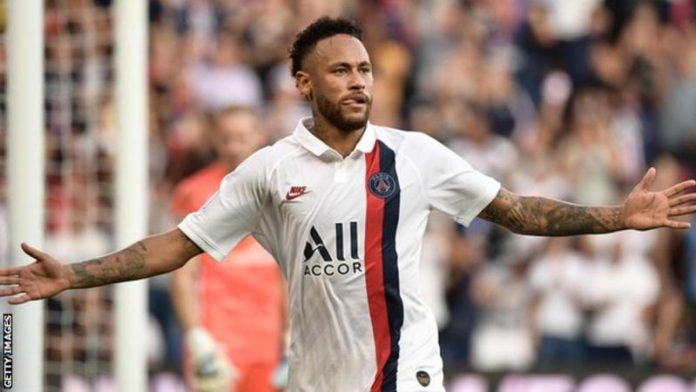 Paris St-Germain forward Neymar’s three-game European ban for insulting match officials has been cut to two by the Court of Arbitration for Sport. The 27-year-old was charged by Uefa after PSG’s Champions League exit at home to Manchester United on 6 March.

Neymar called the award of a decisive 94th-minute United penalty in the last-16 second leg-tie “a disgrace”. He will miss the games against Real Madrid and Galatasaray but can return to face Club Bruges on 22 October.

PSG took the case to Cas after Uefa rejected their appeal against the ban. Cas says it will publish the reasons behind their ruling in a few weeks. Neymar was injured with a broken metatarsal and missed both legs of the tie against United.

Son Heung-min: Tottenham forward out for ‘number of weeks’ with fractured...