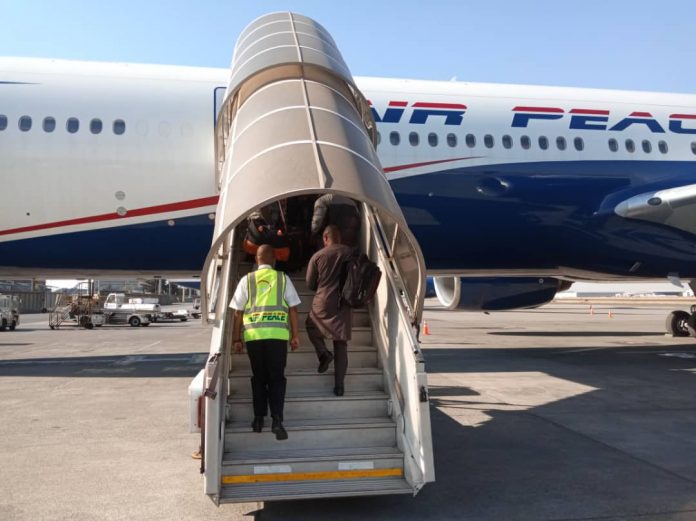 Members of the House of Representatives have resolved to recommend the chairman of Air Peace, Allen Onyema, for National Award. This comes after the proprietor and management of Air Peace Airlines successful evacuated the first batch of willing Nigerians from Johannesburg, South Africa following the Xenophobic attacks on foreigners.

Mr Onyema is also expected to appear before the House on Wednesday. The Speaker of the House, Femi Gbajabiamila has appealed to the Minister of Foreign Affairs, Geoffrey Onyeama, to honour the invitation of the House Committee on Foreign Affairs for full briefing.

The Speaker also frowned at the refusal of the minister to honour the invitation of the committee saying respect is reciprocal and will be taking up the matter with President Muhammadu Buhari.