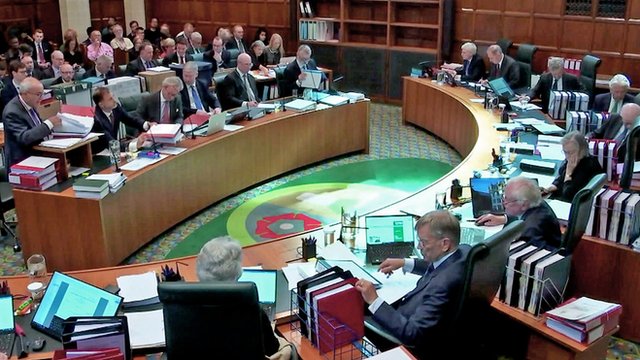 Boris Johnson sought to suspend Parliament to avoid the risk of MPs “frustrating or damaging” his Brexit plans, the Supreme Court has heard. Lawyers for campaigners challenging the suspension said there was “strong evidence” the PM saw MPs “as an obstacle” and wanted to “silence” them.

The judges are hearing two challenges relating to the five-week prorogation. Lady Hale, President of the Court, stressed the landmark case would have no bearing on the timing of Brexit. In her opening statement, the most senior judge in the UK said she and her 10 colleagues would endeavour to address the “serious and difficult questions of law” raised by the case.

But she said the court would not determine “wider political questions” relating to the Brexit process and its ruling would have no bearing on “when and how the UK leaves the EU”.

Buhari to commission airport terminal in Lagos on Tuesday