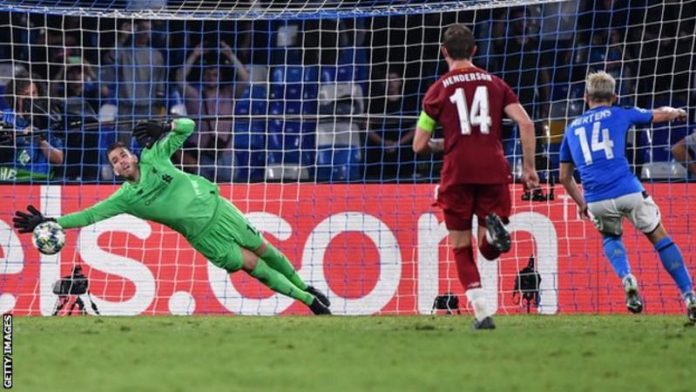 Former Tottenham forward Llorente then capitalised on a mistake from Virgil van Dijk in stoppage-time to roll the ball past Liverpool keeper Adrian. Jurgen Klopp’s side are the first winners of the competition to lose the opening game of the following campaign since AC Milan in 1994. Referee Felix Brych’s decision to award a penalty for Napoli’s opener stood after it was looked at by video assistant referee (VAR) officials.

“I’m pretty sure there are different views on that situation but when a player jumps before there is contact then it cannot be a penalty,” said Klopp. “It was very decisive in that moment for sure but we can’t change it. As long as human beings make the decisions then there is still potential for [mistakes].

“The rules are like this and we trust in the rules.”

Many feared dead as Nigerian soldiers clash with terrorists in Borno