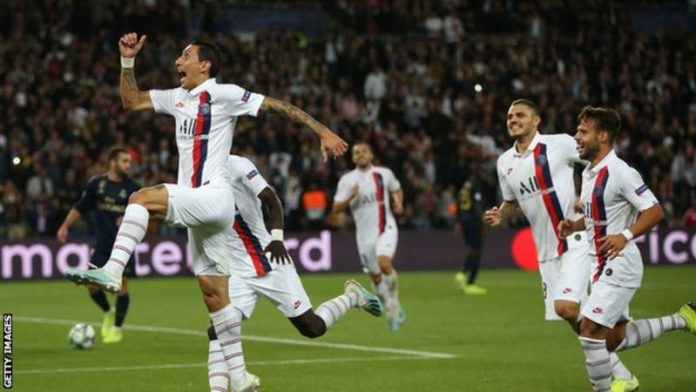 Angel di Maria scored twice against former employers Real Madrid as Paris St-Germain began their Champions League Group A campaign with a comfortable win. Thomas Meunier’s stoppage-time goal added more embarrassment for the Spanish giants – and heightened the pressure on Real manager Zinedine Zidane, whose win ratio is below 50% since returning to the club towards the end of last season.

Eden Hazard, making his first start for the visitors, showed some nice touches but struggled to influence proceedings, as a Real old boy stole the show. Celebrating his 100th appearance in the competition, Di Maria opened the scoring with a close-range shot that crept inside Thibaut Courtois’ near post from Juan Bernat’s pass.

While Real’s Belgian goalkeeper Courtois appeared to be caught out for the opening goal, he could do nothing to prevent the second.