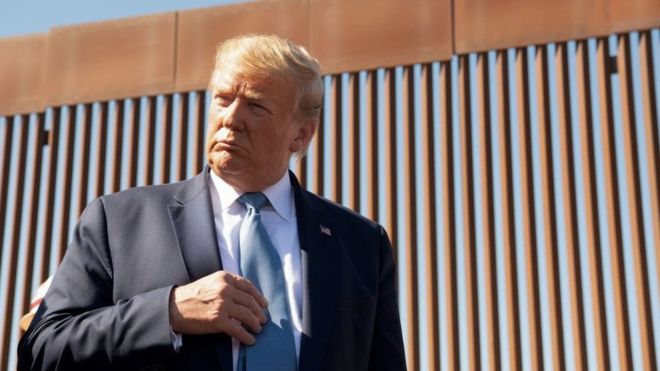 Donald Trump has denied a report alleging he made a promise to a foreign leader, something that sparked a whistleblower’s formal complaint. The Washington Post said the intelligence official found the comment “so troubling” they went to the department’s inspector general.

In a tweet, Mr Trump dismissed the claims as “fake news”. Democrats are trying to get the complaint turned over to Congress, with the details still unknown. Only a few details about the complaint, which was filed on 12 August, have been made public.

Intelligence Community Inspector General Michael Atkinson said the complaint consists of a “serious or flagrant problem, abuse or violation of the law” that involves classified information, a letter to lawmakers revealed.

It is not yet known who made the complaint, which foreign leader Mr Trump was speaking to, what promise – if any – was made and whether Mr Trump took any action as a result.

Border closure: Goods coming into Nigeria must have 30% local input...