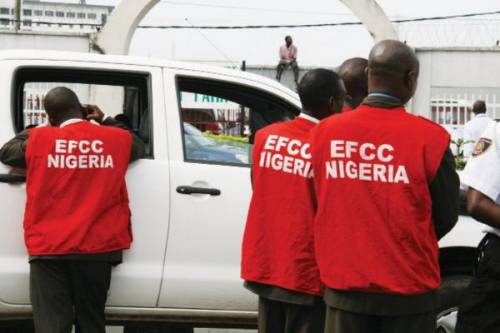 The Economic and Financial Crimes Commission on Friday arraigned another suspect linked to the controversial Gas Supply Project Agreement which led to the recent $9.6bn judgment given against Nigeria and in favour of Process and Industrial Developments by a British court. The suspect is a former Director, Legal Services of the Ministry of Petroleum Resources, Mrs. Grace Taiga, who was said to have signed as Nigeria’s witness to the GSPA while the then minister presiding over the ministry, the late Dr. Rilwan Lukman, signed as Nigeria’s representative.

EFCC indicated that Taiga would be arraigned before the Apo Division of the High Court of the Federal Capital Territory, Abuja on eight counts. Taiga, who is said to have hired a Senior Advocate of Nigeria to defend her, has been produced in the courtroom presided by Justice Olukayode Adeniyi. When she was arraigned, Taiga pleaded not guilty to the charges instituted against her in connection with the controversial P&ID $9.6bn judgment.

The prosecution accused her of among other charges, receiving bribe through her offshore bank account, in signing alongside the then Minister of Petroleum Resources, the late Rilwan Lukman, the Gas Supply Processing Agreement between the Process and Industrial Developments Limited and the Federal Government of Nigeria, through the Ministry on January 11, 2019.