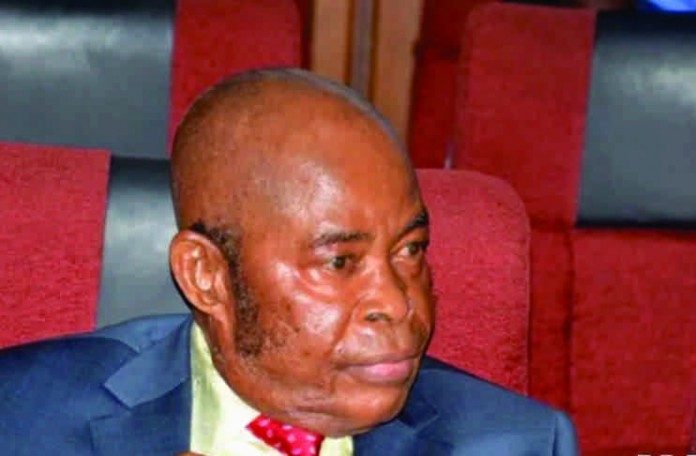 After three years of a ‘technical suspension’, from the bench of the Supreme Court, Justice Sylvester Ngwuta has now resumed his duties. Indication of his resumption emerged on Monday as he joined the members of the Supreme Court’s bench at the special court session marking the commencement of the new 2019/2020 legal year of the apex court.

Thirty-eight lawyers are to be sworn in as Senior Advocates of Nigeria during the ceremony. He sat on the bench as the third most senior judge, behind the Chief Justice of Nigeria, Justice Tanko Muhammad, and Justice Bode Rhodes-Vivour. Next to Justice Ngwuta in terms of seniority on the bench of 14 judges is Justice Mary Peter-Odili.

Ngwuta with some judges whose houses were raided by the operatives of the Department of State Service in August 2016, was asked to step down from the bench pending the conclusion of the criminal trial against him. The National Judicial Council had said the affected judges were not suspended as they continued to earn their pay for the period but were only barred from judicial functions.