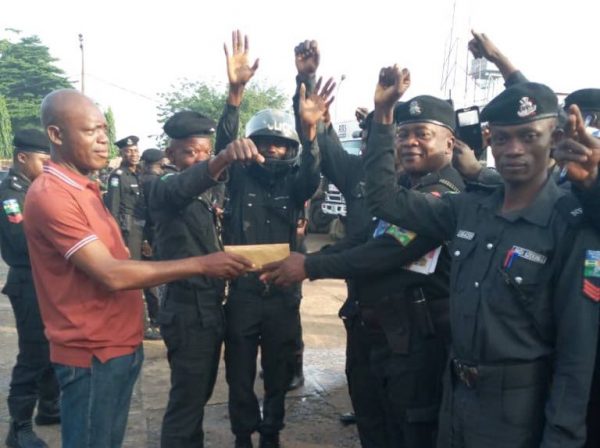 The Rapid Response Squad in Lagos State on Monday rewarded some of its operatives, who were on duty during the gridlock on Friday in Lagos and parts of Ogun State. Via its official Twitter handle, the special police unit said that the operatives had patrolled the Ketu/Ojota-Ogun Long Bridge axis of the Lagos-Ibadan Expressway, on Friday, till Saturday morning.

It would be recalled that a fuel tanker had fallen close to Otedola Bridge on Friday, leading to gridlock in Lagos State and parts of Ogun State.

RRS tweeted, “RRS team of Response riders, who patrolled Ketu/Ojota-Ogun Long Bridge till the dawn of Saturday in the heat of Friday’s traffic caused by a fallen diesel laden truck at Berger, got rewarded today for job well done by @TunjiDisu1 at the parade ground.

BAYELSA ELECTION: TRIBUNAL SETS MAY DATE FOR SYLVA TO OPEN HIS...