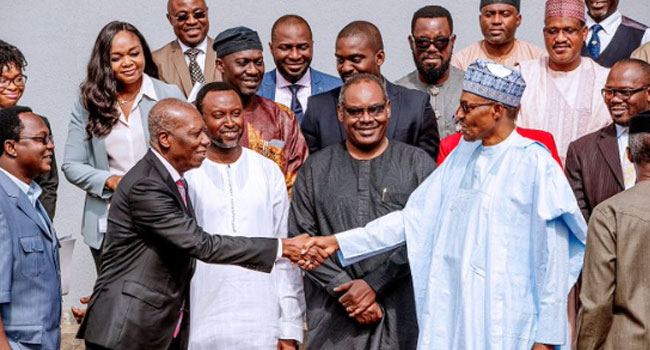 The late ambassador served as pioneer Dir-General, bringing invaluable experience, knowledge & skill in setting up & motivating the operations of the agency that was established in 2017 and later accepted to return to the country as a Trade Adviser to the Ministry of Industry, Trade and Investment, and Director General of Nigerian Office for Trade Negotiation.

The President affirmed that the intellectual depth, fervour and sense of patriotism that Amb. Osakwe handled responsibilities will be sorely missed, especially the frontline and historical role of chairing the Negotiating Forum of the African Union (AU) from June 2017 to March 2018, during which time the negotiations were concluded on the Agreement Establishing the African Continental Free Trade Area (#AfCFTA).

He prayed that the Almighty God will receive the soul of the cerebral diplomat, scholar, and administrator, and comfort his family.

ENCOMIUM GALORE AS ALAMIEYESEIGHA IS BURIED