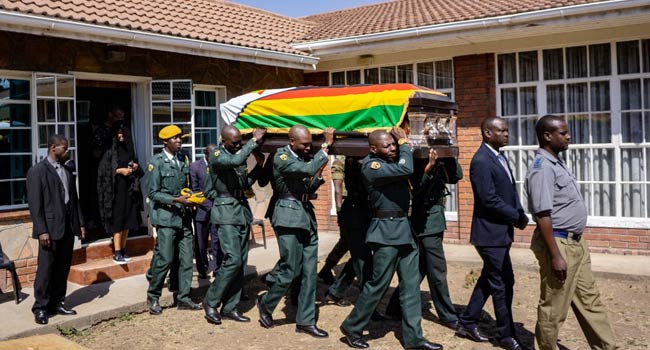 Zimbabwe announced on Thursday that ex-president Robert Mugabe will be buried at his home village in Zvimba as requested by his family.

The government said the family of the former leader, who died in Singapore on September 6 aged 95, “has expressed its desire to proceed with his burial in Zvimba”.

“Government is cooperating with the Mugabe family in their new position,” government spokesman Nick Mangwana said in a statement.

Tensions erupted after the government proposed a burial at the National Heroes Acre while the family insisted on a private ceremony in Mugabe’s homestead.