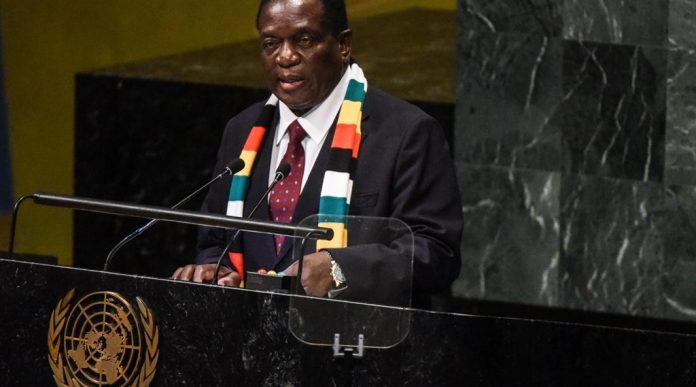 Zimbabwe President Emmerson Mnangagwa pleaded with the West to remove economic sanctions on the Southern African country. Mnangagwa made the called while addressing the 74th UN General Assembly in New York. The Zimbabwe president said that the embargo, which was imposed at the turn of the century after Zimbabwe embarked on land reforms, was not only holding back economic development but also a violation of human rights.

The EU and the US imposed targeted sanctions on the country, ostensibly to push for adherence to the rule of law and human rights in Zimbabwe, among other reasons. The sanctions, which include trade restrictions and withdrawal of bilateral and multilateral financial support, are estimated to have cost the country nearly 100 billion dollars.

Mnangagwa, who took over the presidency from the late Robert Mugabe in 2017, said that the country wanted to turn a new leaf and improve relations with all nations so that it would re-integrate into the global family of nations. Official news agency New Ziana reported on Thursday that the Zimbabwe leader said that his government was now more focused on reviving the economy and development in general, but that its efforts were being constrained by the West’s longstanding sanctions.

“Zimbabwe is in transition and determined to overcome the reality that we were a collapsed economy with a collapsed currency, due to the illegal economic sanctions imposed on our economy.

‘See You Soon In Italy’ – Ibrahimovic hints at Serie A...