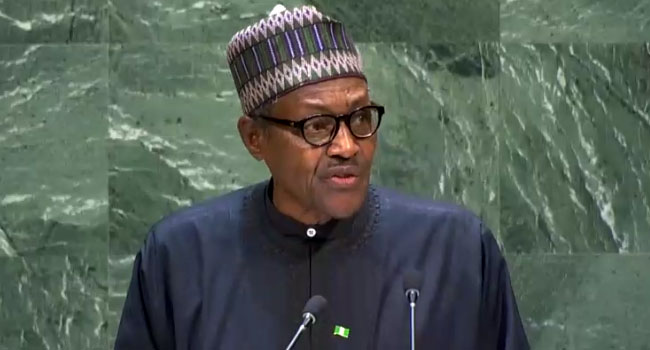 President Muhammadu Buhari has said that his government will increase access to water for Nigerians. The President stated this at a side meeting with former Australian Prime Minister, Hon. Kevin Rudd, at the ongoing 74th United Nations General Assembly in New York on Wednesday, President Muhammadu Buhari said Nigeria had demonstrated political will on water and sanitation, and would soon step up advocacy on the issue.

Hon. Rudd is Global Chairman of Water and Sanitation for All. The President said that at Nigeria’s stage of development, clean water and sanitation were very important for a big country with a vast population, “as lots of diseases are water-borne. That is why we spend so much on healthcare and infrastructure.”

President Buhari recalled that a state of emergency was declared on water and sanitation in November last year, adding: “We have demonstrated the political will. We will step up with advocacy. Increased access to water for everyone is a target.”

Nigeria, the President disclosed, will have another launch in November this year, to scale up efforts on water, sanitation, and discouragement of open defecation.

FG to sign MoU with Russian firm on Ajaokuta