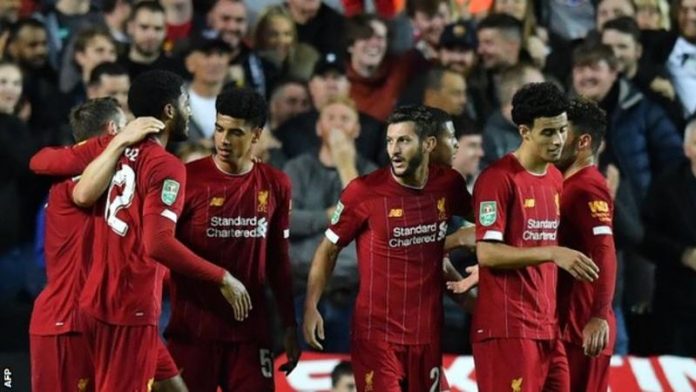 Liverpool could face expulsion from the Carabao Cup if they are found to have fielded an ineligible player in the victory against MK Dons on Wednesday. The EFL is investigating possible issues with the international clearance of midfielder Pedro Chirivella, who came on as a substitute in the 2-0 win.

Sanctions could range from a fine to being ejected from the cup. “The club are aware of a potential administrative issue pertaining to one of our players,” a club statement said. Spaniard Chirivella, 22, was making his first Liverpool appearance since May 2016 having been out on loan at Dutch sides Go Ahead Eagles and Willem II, plus Spain’s Extremadura, over the last three seasons.

“We are working with the relevant authorities in order to establish the facts of the matter and will be making no further comment until this process is complete,” Liverpool’s statement continued. The EFL added: “We are currently considering the matter.”