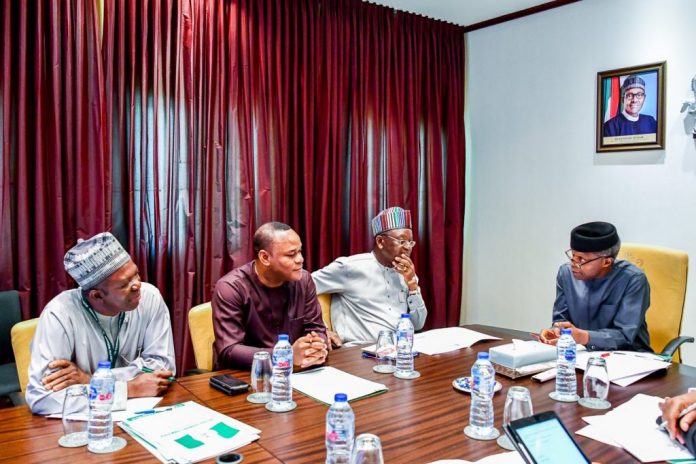 Vice President Yemi Osinbajo and the Governor of Benue State, Mr Samuel Ortom, have just ended a meeting at the Presidential Villa, Abuja. The agenda of the closed-door meeting centered on the land dispute between Benue and Ebonyi States. The Deputy Governor of Ebonyi, Kelechi Igwe, represented the state at the meeting.

The Acting Director-General of the National Boundary Commission, Adaji Adamu, was also in attendance. As the meeting rose, Ortom briefed State House Correspondents. He stated, “We came at the instance of the VP to discuss the lingering problem between Benue and Ebonyi States in particular between Agila in Benue and Ngbo in Ebonyi.

“We are also here with the Acting DG, National Boundary Commission and we had taken far-reaching decisions to ensure that we demarcate the boundary between these two states so that we can hold our people responsible.

“As it is now, it’s difficult to identify the criminal elements who are creating tension and creating more of these problems.