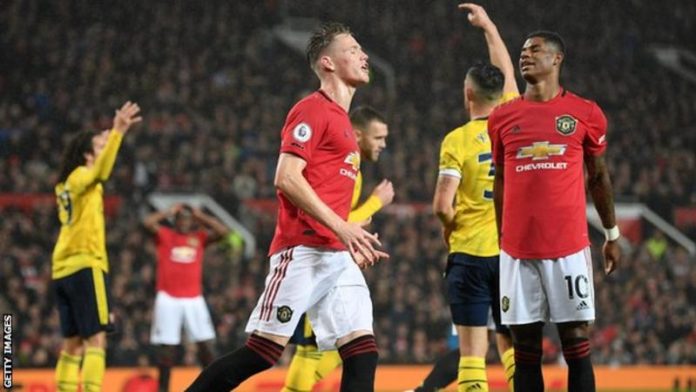 Manchester United’s rivalry with Arsenal provided the great theatre of the Premier League’s formative years and beyond – but those days seemed light years away on Monday at a soggy and dismal Old Trafford.

Long gone is the era when Sir Alex Ferguson and Arsene Wenger jousted on touchlines and for trophies, when the likes of Roy Keane and Patrick Vieira squared up even before leaving the tunnel, when the pizzas flew and silverware was the main currency at both clubs.

When Manchester United’s in-house channel MUTV previewed this game it was a procession of glorious football, an array of red cards in a showreel of football brilliance.

And then there was Monday’s 1-1 draw as ‘The Theatre of Dreams’ drowned in a downpour of rain and mediocrity, rarely enlivened by anything that could be called quality.

We will not give in on this occasion, Onyeama reveals Nigeria’s...