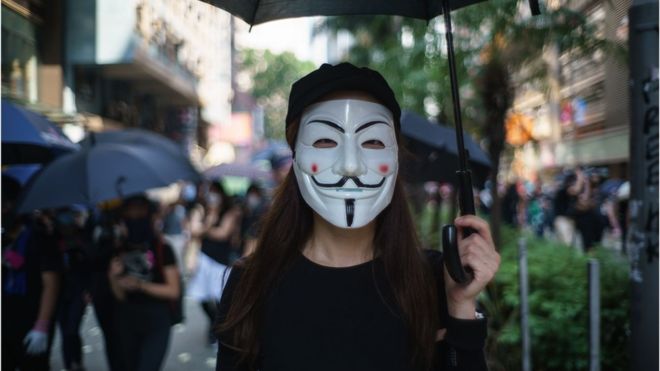 Hong Kong’s government is set to announce a ban on wearing face masks at public gatherings, local media report. Officials plan to use emergency legislation dating from the colonial era to invoke the measure, aimed at quelling anti-government protests.

The legislation, called the Emergency Regulations Ordinance, has not been used for over 50 years. Hong Kong’s protests started in June, sparked by proposals to extradite suspected criminals to mainland China. Critics feared this could undermine the city’s judicial independence and endanger dissidents.

The face mask ban is expected to be announced on Friday after a meeting of the Executive Council in which emergency laws are likely to be enacted, local TV channel TVB reported.

The laws would grant Hong Kong’s leader, Carrie Lam, the authority to “make any regulations whatsoever which he [or she] may consider desirable in the public interest” in case of “emergency or public danger”.