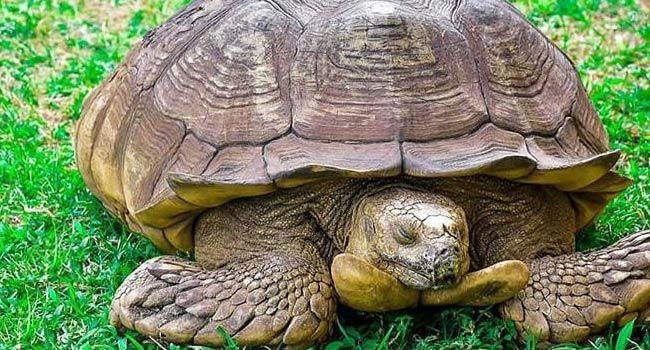 A 344-year-old tortoise popularly known as Alagba died on Thursday in the palace of the Soun of Ogbomoso. The scared tortoise which is reported to be the oldest in Africa was sick for a few before it eventually died.

Alagba became a popular breed upon the ascension of the throne of the current Soun of Ogbomoso land, Oba Oladunni Oyewumi. The monarch provided good shelter and health support for the tortoise before it died.

Private Secretary to Oba Oyewumi, Toyin Ajamu said the tortoise, which attracted tourists from different parts of the world will be greatly missed not only by people in the palace but everyone who came in contact with Alagba during her lifetime.

The palace secretary explained that plans are underway to preserve Alagba’s body for historical records.