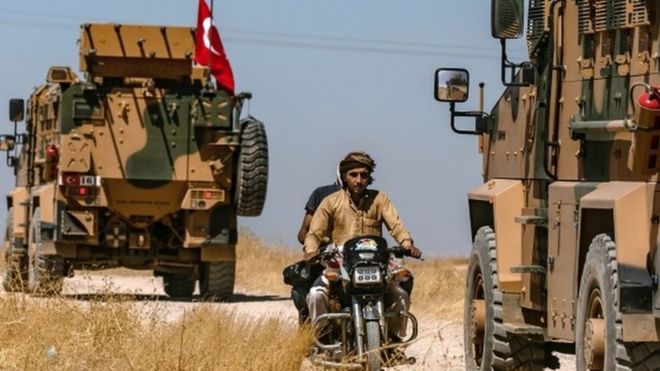 The US says it is stepping aside for an imminent Turkish operation against Kurdish-led forces within Syria that have until now been a key US ally. Kurdish militias played a major role in defeating the Islamic State (IS) group, but Turkey regards them as terrorists.

The US – which has hundreds of troops in north-eastern Syria – has begun to withdraw them from a border area where Turkey seeks to set up a “safe zone”. Syria’s main Kurdish-led group called the US move a “stab in the back”.

Buhari sends NDDC board list to Senate for confirmation

MY TRIAL IS PROSECUTION, NOT CORRUPTION, I WON’T RESIGN – SARAKI