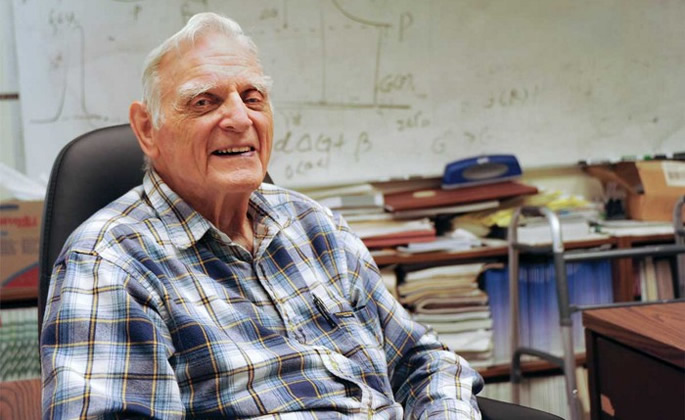 97-year-old John Goodenough has emerged the oldest Nobel Prize winner across all fields. Goodenough is one of three researchers who won the Nobel Chemistry Prize on Wednesday for the development of lithium-ion batteries, paving the way for smartphones and a fossil fuel-free society.

Goodenough is from the United States. He was born on 25 July 1922, less than two months before the birth of 2018 Physics Prize laureate Arthur Ashkin. Ashkin was born on 2 September 1922. Goodenough, Britain’s Stanley Whittingham, and Japan’s Akira Yoshino will share the nine million Swedish kronor (about $914,000 or 833,000 euros) prize equally, the Royal Swedish Academy of Sciences said.

“This lightweight, rechargeable and powerful battery is now used in everything from mobile phones to laptops and electric vehicles… (and) can also store significant amounts of energy from solar and wind power, making possible a fossil fuel-free society,” the jury said.

“Lithium batteries have revolutionised our lives since they first entered the market in 1991,” and were “of the greatest benefit to humankind”.