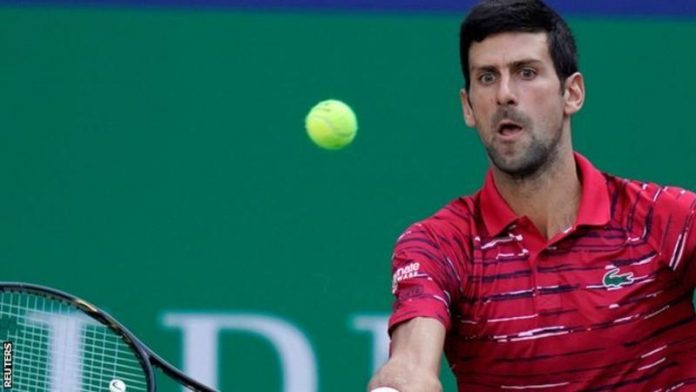 World number one Novak Djokovic produced another high-quality display to ease past American John Isner in the Shanghai Masters third round. Serb Djokovic, 32, did not face a break point as he won 7-5 6-3 against the big-serving 16th seed.

Switzerland’s Roger Federer, 38, also reached the quarter-finals with a 7-6 (9-7) 6-4 win over Belgium’s David Goffin. Goffin could not convert any of five set points in the opener. Federer, who won the Shanghai title in 2014 and 2017, will take on the winner of German fifth seed Alexander Zverev and Russian Andrey Rublev, while Djokovic faces Greek sixth seed Stefanos Tsitsipas in the last eight. Tsitsipas, 21, beat Poland’s Hubert Hurkacz 7-5 3-6 7-6 (7-5).

Defending champion Djokovic, who won the Japan Open last week, has not dropped a set in seven matches since injury forced him out of the US Open. “I’m very happy with the way I am playing. This is one of the best serving matches I’ve played,” said Djokovic, who won 85% of his service points.

Later on Thursday, Djokovic and compatriot Filip Krajinovic lost 6-3 6-2 to British pair Jamie Murray and Neal Skuspki in the doubles.

Many feared trapped as building collapses in Ikoyi, Lagos