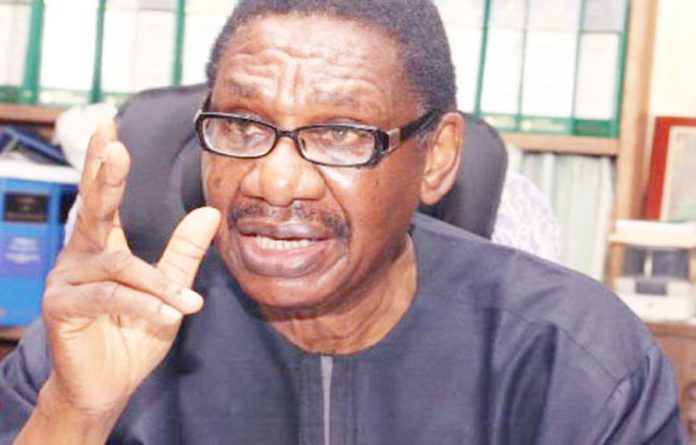 The Chairman of the Presidential Advisory Committee against Corruption (PACAC), Professor Itse Sagay, has said the Eight Assembly frustrated President Muhammadu Buhari’s government in the fight against corruption.

Sagay stated this on Thursday after members of his committee met with President Buhari at the Presidential Villa in Abuja. “I am happy to say that the capacity of corruption to fight back has been reduced with the expiration of the life of the Eight Assembly. “That is where the main opposition to this government was constituted.

The Eight Assembly was headed by Senator Bukola Saraki and Honourable Yakubu Dogara, both of the opposition Peoples Democratic Party (PDP).