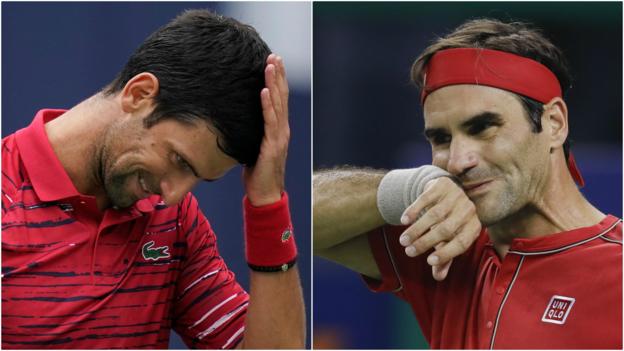 Novak Djokovic and Roger Federer have been knocked out of the Shanghai Masters in the quarter-finals. World number one and defending champion Djokovic was beaten by sixth seed Stefanos Tsitsipas, who came from a set down to win 3-6 7-5 6-3.

Greek 21-year-old Tsitsipas lost the opening three games in seven minutes to Djokovic, a four-time champion in Shanghai.”It’s the best comeback that I have ever had probably,” he said. “It was a very difficult victory mentally too. I wasn’t really thinking that long term that I have to win two sets.”

Victory confirms Tsitsipas’ debut at next month’s ATP Finals in London and also marks the first time he has recorded a win over the current world number one.

POLICE STEPS UP EFFORTS TO RE – ESTABLISH CIVIL AUTHORITY IN...

Ex-Zimbabwean president Mugabe to be buried on Sunday