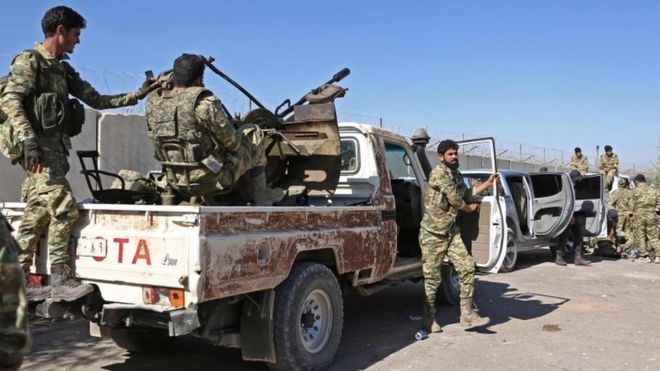 Casualties are increasing as Turkey presses on with its cross-border offensive on Kurdish-held areas of northern Syria. At least 11 civilians have died and dozens of fighters from the Kurdish-led SDF and pro-Turkish factions have been killed, reports say.

The first death of a Turkish soldier was confirmed by Turkey’s military. Tens of thousands of people have fled their homes, amid growing international criticism of the offensive.

Turkey moved into northern Syria on Wednesday after the the US President, Donald Trump, pulled American troops out of the area.