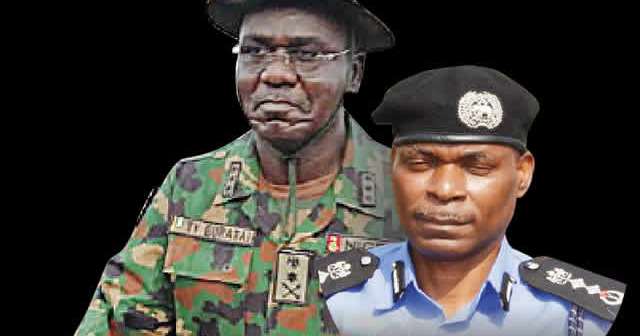 Amid the prevailing insecurity in the country, the military and the police would spend a whopping 91 per cent of their budgets on recurrent expenditure, comprising overhead and personnel costs, while the remaining nine per cent would go to their capital expenditure, estimates in the 2020 Appropriation Bill have shown.

President Muhammadu Buhari had on Tuesday, October 8, presented the N10.33tn, comprising N4.88tn recurrent expenditure and N2.14tn capital expenditure, Appropriation Bill to a joint session of the National Assembly. The President noted that the budget estimate was designed to be one of fiscal consolidation to strengthen the macroeconomic environment, invest in critical infrastructure, human capital development and enabling institutions.

But analysis of the Appropriation Bill revealed that the Ministry of Defence, comprising different operational units like the Army, Navy, Air Force, Defence Headquarters, Nigerian Defence Academy, Defence Intelligence Agency and 11 other units got a whopping N878,458,607,427 total allocation, the second highest allocation. Of the total allocation, however, the recurrent expenditure stood at N778,589,343,660, representing 88.63 per cent while the capital expenditure is N99,869,263,767, representing 11.37 per cent.

In the recurrent expenditure, however, the total personnel cost, comprising salaries, wages, allowances and others, is put at N722,383,830,531bn, while the overhead cost for travels, transport, training, materials and services, is N56,205,513,129.

The remaining N99bn capital expenditure would, therefore, be used for the purchase of defence equipment, sea boats, rehabilitation of barracks across the six geo-political zones, procurement of ammunition, purchase of operational vehicles, among other things needed to fight insecurity and defend the Nigerian territory.

BUHARI OFF TO US FOR NUCLEAR SECURITY SUMMIT