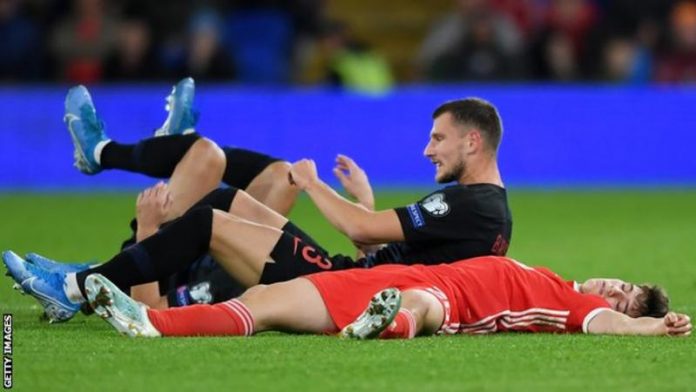 Wales boss Ryan Giggs says Daniel James was fine to play on after a heavy collision in Sunday’s 1-1 Euro 2020 qualifying draw with Croatia and “passed all the concussion tests”. James needed treatment after an aerial challenge with Domagoj Vida, though the winger says he was not knocked out. “I say about players being smart… he stayed down, he was fine,” said Giggs.

However, brain injury association Headway has criticised the way James’ injury was handled. Headway chief executive Peter McCabe said: “Ryan Giggs’ claim that the player was being ‘streetwise’ by staying down and appearing to have been knocked out is shocking. “If that is the case and James was acting, it raises serious questions about the player’s understanding of the seriousness of concussion.

“Not only has he put his own medical team under intense and unfair scrutiny, but he’s also set a dangerous example for the millions watching at home. “Similarly… it is simply not acceptable for teams to use concussion protocols for tactical gain.”

GRAZING RESERVE NOT THE BEST OPTION FOR NIGERIANS – FAYEMI