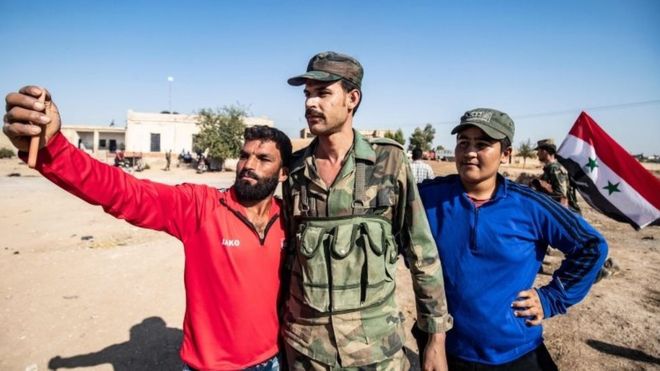 Syria’s army has started to reach the north of the country, hours after the government agreed to help Kurdish forces facing Turkey. State media said government forces, which are backed by Russia, had entered the strategic town of Tal Tamer, 30km (19 miles) south of the Turkish border.

The deal came after the US, the Kurds’ main ally, said it would withdraw its remaining troops from northern Syria. Turkey’s offensive aims to push Kurdish forces from the border region.

Areas under the control of the Kurdish-led Syrian Democratic Forces (SDF) came under heavy bombardment over the weekend, with Turkey making gains in the key border towns of Ras al-Ain and Tal Abyad.

Dozens of civilians and fighters have been killed on both sides.