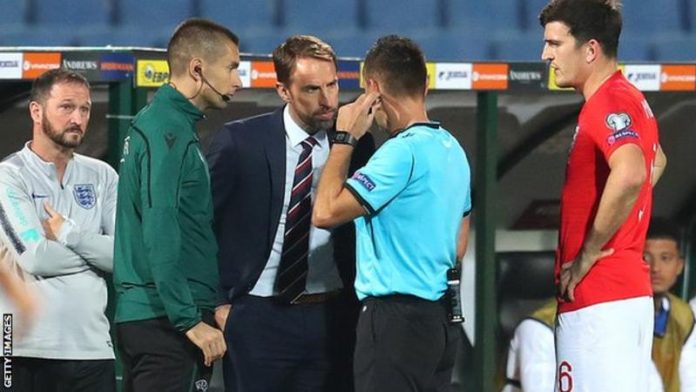 England’s Euro 2020 qualifier in Bulgaria was halted twice as fans were warned about racist behaviour including Nazi salutes and monkey chanting. The first pause came in the 28th minute with England leading 2-0.

A stadium announcement then condemned the abuse before stating the match would be abandoned if it continued. However, the game was stopped again in the 43rd minute before restarting after discussions between the referee and England manager Gareth Southgate.

England went on to win 6-0 in Sofia to strengthen their place at the top of Group A.

USA and Mexico book places at World Cup in Qatar

‘I Will Miss Him’: Osinbajo visits Oyo to pay respect to...

Security Architecture: FG will copy our ideas when we are through...