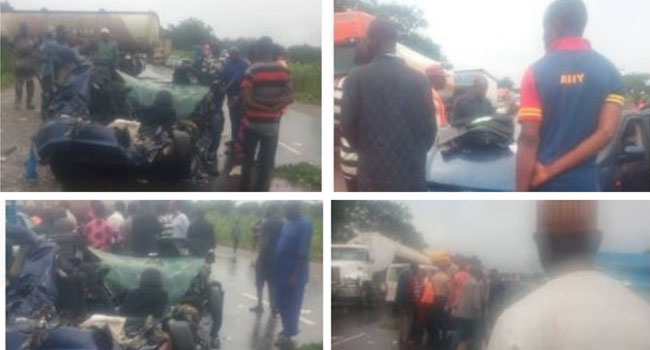 Four Staff of the Niger State Ministry of Lands and Housing have been confirmed dead, following a motor accident which occurred on Wednesday evening along Mokwa-Batati road in Mokwa local government area of the state.

The Federal Road Safety Corps unit command in the area confirmed the accident. He says the crash involving a Trailer and a Honda Civic car took place just after Batati village, after a heavy downpour. The four staff of the State Ministry of lands and housing were said to be on their way to Mokwa when the accident happened. They were confirmed dead at the spot where the accident occurred.

According to a report by the Ministry’s Head of Information, the victims are Ibrahim Audu, Abubakar Danjuma, Baban Kogi and Idris Jibrin.