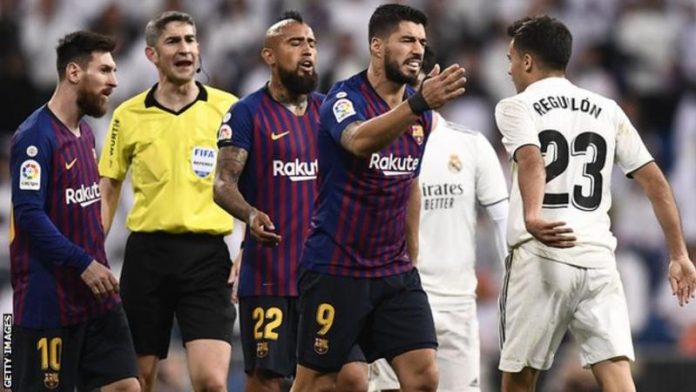 Barcelona boss Ernesto Valverde says he is “hopeful” their match with Real Madrid on 26 October at the Nou Camp will not be moved to the Bernabeu. La Liga has asked the Spanish Football Federation (RFEF) to switch the game to Madrid over fears of civil unrest. There have been days of protest in Barcelona after nine Catalan separatist leaders were jailed on Monday.

Valverde says the club “weren’t in favour” as they play away at Slavia Prague three days before El Clasico. La Liga made the request because of “exceptional circumstances beyond our control” as more protests are expected in Barcelona on the day of the match.

The RFEF competitions committee is asking both clubs for their opinion and a decision is expected by Thursday, 24 October. However reports in Spain claim the federation is considering postponing the game until December, rather than switching the fixture to Madrid.