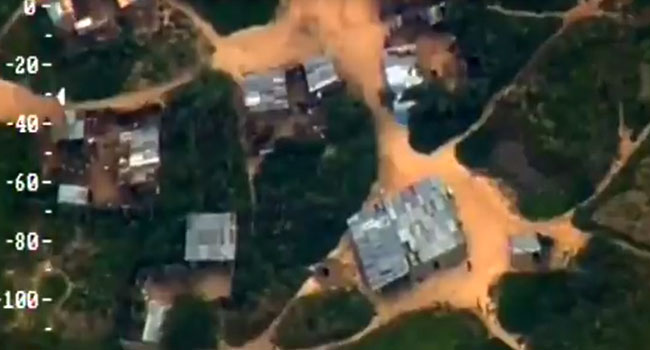 The Air Task Force (ATF) of Operation LAFIYA DOLE (Nigerian Air Force) has destroyed a Boko Haram Terrorists (BHTs) meeting venue and neutralised several of their fighters at Ngoske on the fringes of the Sambisa Forest in Borno State.

The attack was executed today, 18 October 2019, following successive days of Intelligence, Surveillance and Reconnaissance (ISR) missions, which were aimed at identifying locations housing the BHTs’ leadership as well as their rendezvous positions.

A statement by the Director of Public Relations and Information, Nigeria Air Force, Ibikunle Daramola, explained that Intelligence derived from the ISR missions led to the designation of 2 buildings within Ngoske that served as assembly areas for the terrorists from where they launch attacks against own troops positions and innocent civilians.

“Accordingly, the ATF detailed its ground attack aircraft to engage the hideout, scoring devastatingly accurate hits which led to the complete destruction of the 2 buildings as well as the neutralization of several terrorists.