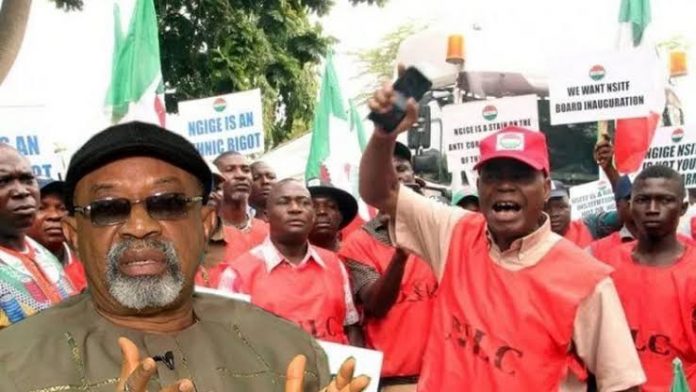 Organised labour on Monday demanded that the implementation of the N30,000 national minimum wage should start from April 18 2019 — the day it was signed into law by President Muhammadu Buhari. They said the request was to prevent “another avoidable round of agitation.”

They also commended stakeholders who participated in the just-concluded negotiation on consequential adjustment arising from the monthly new national minimum wage. The acting chairman of the Joint National Public Service Negotiating Council (Trade Union Side), Simon Anchaver; and Secretary, Alade Lawal, made the demand in a statement in Abuja.

Labour expressed hope that all sides in the just-concluded negotiation had learnt a few lessons that would enable them avoid similar mistakes in future, including attempts by some “fifth columnists” in government to derail collective bargaining process.