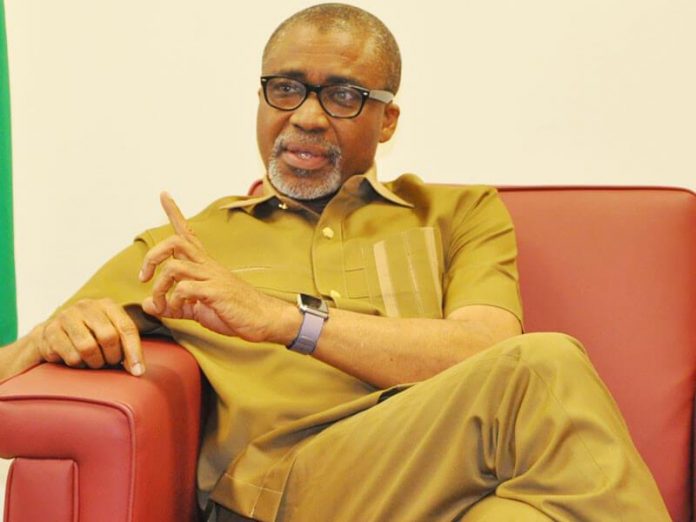 The minority leader of the Senate, Senator Enyinnaya Abaribe has called on President Muhammadu Buhari to intervene in the impeachment of Kogi State Deputy Governor, Mr Simon Achuba by the House of Assembly. Abaribe, in a statement on Monday in Abuja, urged Buhari to rise above party affiliations and intervene to ensure the country’s constitution was protected if the authorities in Kogi State failed to do so.

He also advised judges in Kogi, particularly the Chief Justice to borrow a leaf from the Imo State experience and shun any invitation to swear-in a new deputy governor in whatever guise. Abaribe declared as “reprehensible” the deliberate denigration of the country’s constitution, for the Kogi State Assembly to go ahead to impeach Achuba. He added that this was even when a panel set up by the State Chief Judge to investigate him returned a no-guilty verdict.

“Section 188 of the 1999 Constitution as amended is very emphatic in the circumstance that the State Assembly shall cease any further proceedings in the impeachment process. “Specifically, Section 188(8) states that where the panel reports to the House of Assembly that the allegation has not been proved, no further proceedings shall be taken in respect of the matter. “So, where did the Kogi State Assembly members derive the power to move ahead with the process? “Has Nigeria not been reduced to this rudderless state with this disdainful attitude to our laws and democratic ethos?’’ Abaribe queried.

The minority leader warned that with the direct affront on the Constitution of the Federal Republic of Nigeria by the actions of the State Assembly, the very foundations of the country had been utterly shaken.

POLICE STEPS UP EFFORTS TO RE – ESTABLISH CIVIL AUTHORITY IN...