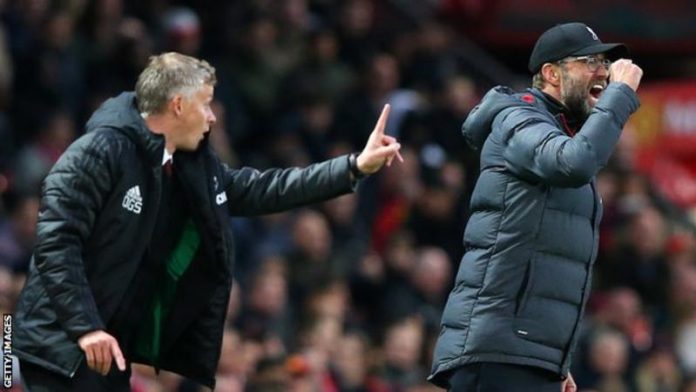 Liverpool manager Jurgen Klopp said it is “a fact” that Manchester United always set up to defend against his side at Old Trafford. Klopp’s Premier League leaders needed a late Adam Lallana equaliser on Sunday to earn a 1-1 draw against Ole Gunnar Solskjaer’s side, who are two points above the relegation zone.

The German has failed to record a single win in five visits to United. “This year, last year, the year before, they just defend,” he said. “That’s how it is. It is OK. It is no criticism. It is just a fact.

“When you think about Manchester United against Liverpool, you think both teams are trying like this. But it is not. We try.”