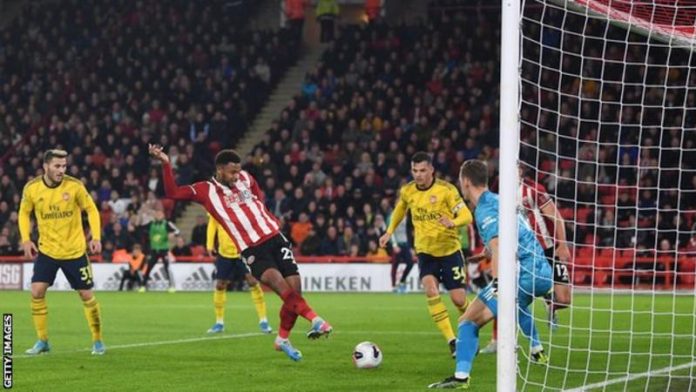 Sheffield United claimed a stunning win over Arsenal to move into the top half of the Premier League. Lys Mousset marked his first start for the Blades with the decisive goal in the first half, turning in Jack O’Connell’s knockdown from close range.

Arsenal’s £72m signing Nicolas Pepe had earlier skewed a golden chance wide from six yards. Granit Xhaka forced Dean Henderson into an excellent save but the Blades closed the game out superbly for a famous win.

The victory was Sheffield United’s biggest result since their return to the Premier League as they moved up to ninth, four points clear of the relegation zone.

Defeat for Arsenal, meanwhile, means they missed the chance to move back into the top four. They are fifth, two points behind Chelsea in fourth.