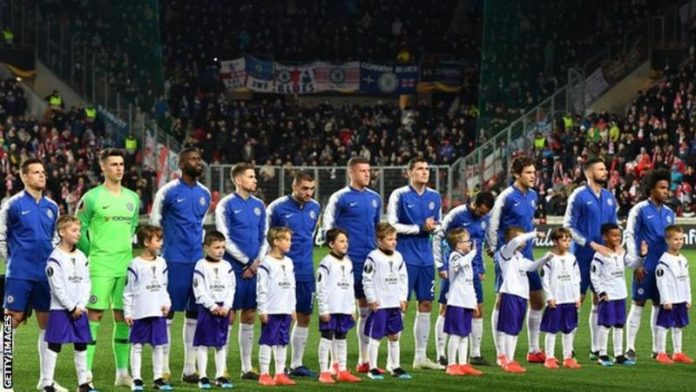 Three Chelsea fans face bans for racially abusing a fellow supporter at a Europa League game in April. Jerome Bailey, 20, said he was subjected to slurs about his skin and hair during a tie at Slavia Prague. He was also “disappointed” it took the club six months to contact him after providing names and seat numbers of the alleged perpetrators.

Chelsea have suspended the fans and have written to Bailey apologising for the delay. The supporters could be banned for life, although the lengths of their suspensions have yet to be determined.

Bailey, who initially felt like his case had been “swept under the carpet”, told BBC Sport: “It’s the result I wanted all along but it’s unfortunate and disappointing that it’s taken so long to get to this point.