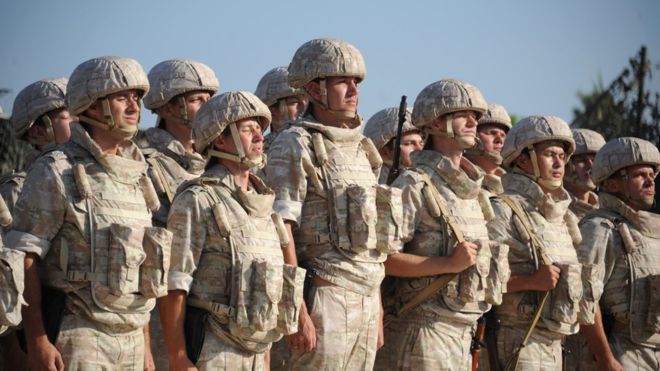 Russian forces have begun to deploy towards the Turkey-Syria border, as part of deal to remove Kurdish troops. Units have already entered the two key border towns of Kobane and Manbij.

Under the deal agreed by Russia and Turkey, Kurdish fighters were given 150 hours from noon on Wednesday to pull back 30km (18 miles) along the border.

Turkish troops will continue to control an area they took during a recent offensive against the Kurdish fighters, regarded by Turkey as terrorists.

Part of Turkey’s plan is also to create a “safe zone” along the border that will house some two million of the Syrian refugees it hosts.