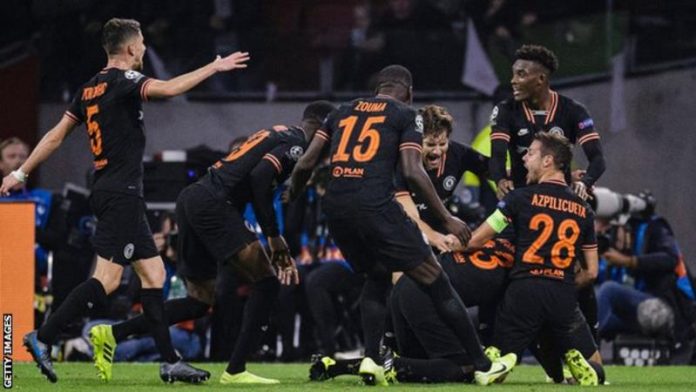 Frank Lampard felt his Chelsea “babies” came of age as the Blues claimed a memorable 1-0 win at Ajax in the Champions League. Substitute Michy Batshuayi struck with four minutes remaining to hand Chelsea their second win in Group H.

Lampard has shown his faith in young players this season and has now been rewarded with the biggest result of his Chelsea managerial career. “I’m delighted with every element of the performance,” said the Blues boss. “I think we’re allowed to be excited tonight. That’s the blueprint. There are no excuses for us now. That’s the standard and we can’t drop it.

“The young players are still babies in terms of Champions League minutes so this was a huge test for them. “There was a good balance of young players and experience. We need to realise the things that made that happen tonight because Ajax are a top, top team.”

Euro 2020: Uefa declines request to light up Allianz Arena in...