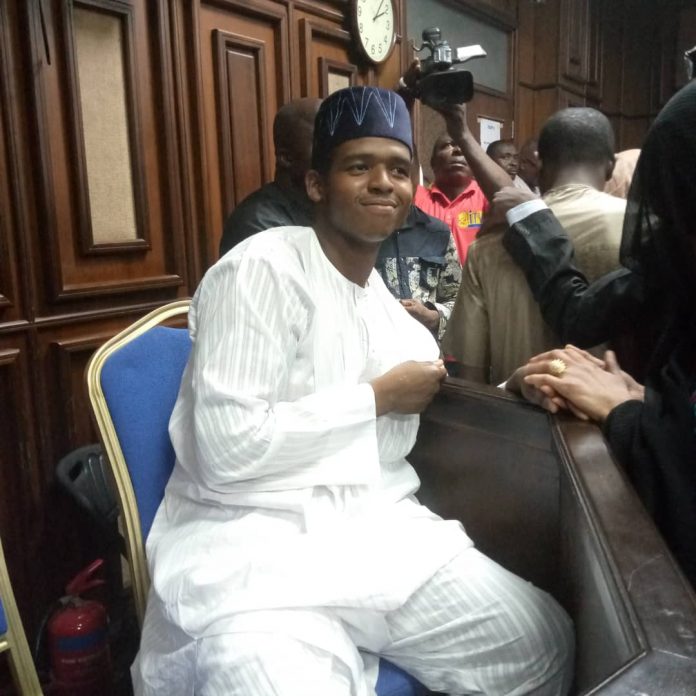 The Federal High Court sitting in Abuja has remanded Faisal Maina at the Police Special Tactical Squad. Faisal Maina who is the son of former chairman of the Pension Reform Task Team (PRTT), Abdulrasheed Maina was arraigned on Friday by the Economic and Financial Crimes Commission (EFCC).

He pleaded not guilty to a 3-count bordering on money laundering and other offences. Mr. Faisal Maina is being accused of operating an anonymous account between 2013 and 2016 and indirectly controlling an aggregate of over 58million naira between that period. On October 3, he filed an asset declaration form in which he concealed some of his assets.

Having pleaded not guilty, the Prosecutor, Mr. Mohammed Abubakar, urged the court to remand the defendant in police custody at the Special Tactical Squad Asokoro in Abuja, where he is being investigated for alleged illegal possession of firearms. The matter has been adjourned to November 6 for the commencement of trial on a day to day basis as the court will not entertain frivolous applications for adjournment.

He will, therefore, be remanded at Police Special Tactical Squad pending the commencement of his trial.

Usifo Ataga: Court adjourns to May 23 at instance of new...