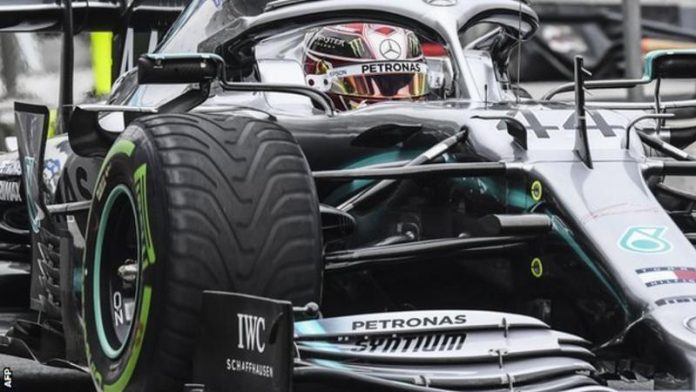 Lewis Hamilton made a good start to the weekend on which he can clinch a sixth world title with fastest time in Mexican Grand Prix first practice.

The Mercedes driver topped a staccato session by 0.0119 seconds from Ferrari’s Charles Leclerc, who was using harder, slower tyres.

Hamilton needs to out-score team-mate Valtteri Bottas by 14 points to seal his sixth world title on Sunday. The Finn ended the session fifth, 0.678secs behind his team-mate.