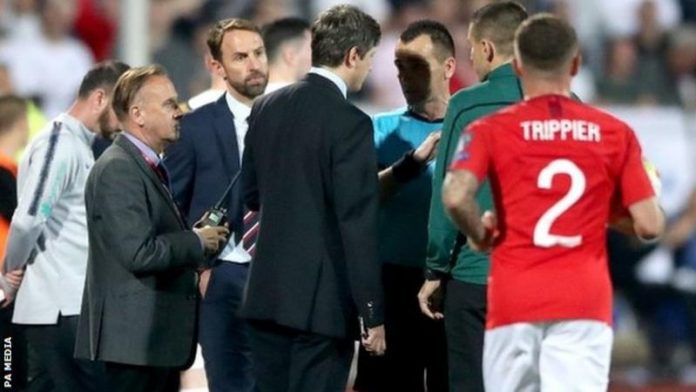 Bulgaria have been ordered to play two matches behind closed doors – one suspended for two years – for their fans’ racist abuse of England players in a Euro 2020 qualifier. England’s 6-0 win in Sofia was stopped twice and could have been abandoned, but the visitors chose to play on.

The hosts already had a partial stadium closure for that match on October 15 because of previous racist behaviour. Bulgaria have also been fined 75,000 euros (£65,000) by Uefa. The Bulgaria fans’ behaviour included Nazi salutes and monkey chants. The punishment means they will play their final Euro 2020 qualifying game against the Czech Republic on 17 November in an empty ground.

Anti-discrimination body Fare said it was “disappointed” Bulgaria were not expelled from Euro 2020 qualifying “given their previous record and obvious inability to deal with the problems they face”.