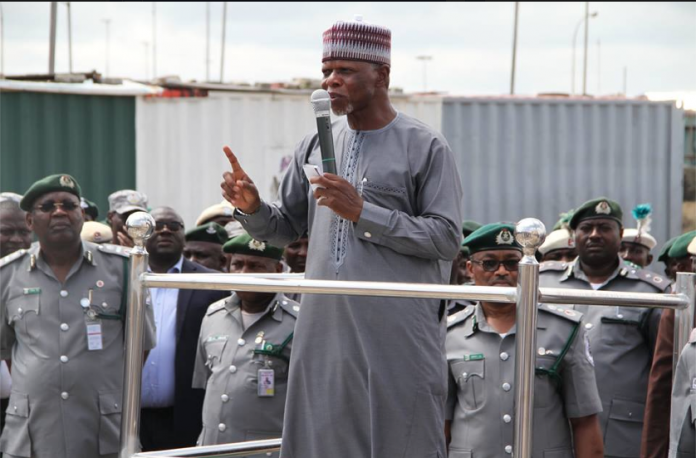 The Nigeria Customs Service has announced the seizure of 34 containers of rice smuggled through the Tin Can Island port. The Comptroller General of Customs, Hameed Ali (retd), disclosed this in Lagos on Tuesday.

Ali put the Duty Paid Value of the seized goods at N2.7bn. He attributed the seizure to the recent closure of the land borders which according to him had prompted importers of banned items to route them through the seaports. He said, “Specifically we are aware that the partial closure of the land borders has resulted in the diversion of some cargoes back to our seaports.

“While we welcome this development which no doubt will boost revenue, improve our trade facts and figures and sustain our diversification efforts, we have also recorded a number of seizures of unwholesome products which otherwise would have been smuggled through the borders.

#EndSARS Memorial: I have directed the release of persons arrested, says...