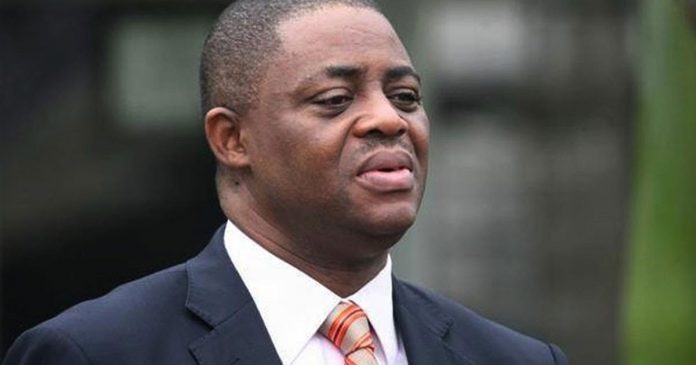 The N4.9bn fraud trial of a former Minister of Aviation, Femi Fani-Kayode, and three others resumed on Tuesday with a prosecution witness, Shehu Shuaibu, telling the court how the Ministry of External Affairs paid N800m to Joint Trust Dimensions Limited without any evidence of contract.

Joint Trust Dimensions Limited is the 4th defendant in the charge, in which a former Minister of State for Finance, Nenadi Usman; Fani-Kayode; and one Danjuma Yusuf, were listed as the 1st, 2nd and 3rd defendants, respectively. The defendants are facing 17 counts before Justice Rilwan Aikawa of the Federal High Court in Lagos. They pleaded not guilty.

At the Tuesday’s proceedings, Shuaibu, who was led in evidence by the prosecutor, Rotimi Oyedepo, identified Exhibit E8 as the statement of account of Joint Trust Dimensions Limited. The witness said he found, from the statement of account, an inflow of N800m from the Ministry of External Affairs on January 16, 2015. Shuaibu told the court that one Darbisu and one Benjamin were signatories to the firm’s account.

He identified the two signatories as ex-officials of the Ministry of External Affairs, adding that they currently work with the National Intelligence Agency. Under cross-examination, Shuaibu agreed with the first defence counsel, Chief Ferdinand Orbih (SAN), that “neither of the defendants had any input in making entries in Exhibit E8.”

Justice Aikawa adjourned till October 31, 2019 for continuation of trial.