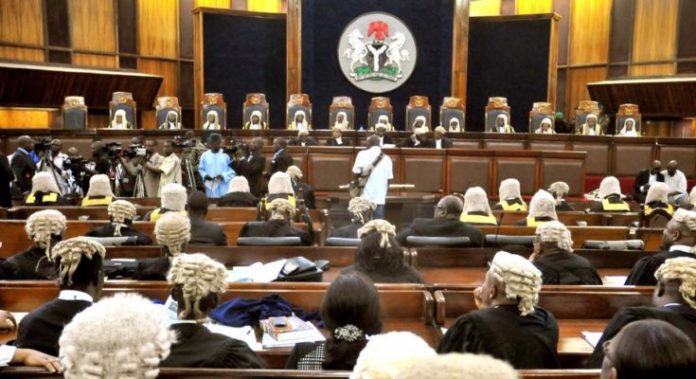 The Supreme Court has dismissed the appeal filed by the Peoples Democratic Party and its presidential candidate, Atiku Abubakar, challenging the victory of President Muhammadu Buhari in the presidential election of February 23, 2019.

A 7-man panel led by the Chief Justice of Nigeria, Justice Tanko Muhammad, dismissed Atiku’s appeal for lacking in merit. Speaking on behalf of the panel, Justice Muhammad stated that members of the panel had read all the documents and exhibits filed in the case for about a fortnight, within which the panel discovered that the appeal was lacking in merit.

The CJN noted that the reason for the apex court’s decision would be made known on a latter date which would be communicated to all concerned. The Supreme Court on Wednesday commenced hearing on the appeal filed by the PDP and Alhaji Atiku Abubakar.

The 7-man panel was headed by the Chief Justice of Nigeria, Justice IbrahimTanko Mohammed. Other members of the panel are Bode Rhodes-Vivour, Olukayode Ariwoola, John Okoro, Aminu Sanusi, Ejembi Eko and Uwani Abba-ji.