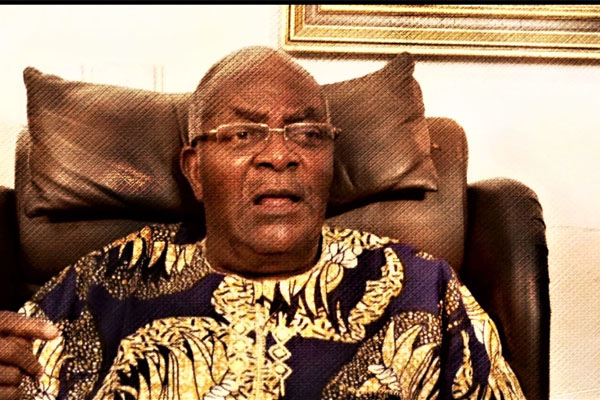 President Muhammadu Buhari on Thursday condoled with the Government and people of Lagos State over the death of a former Military Governor of the state, Brig.-Gen Mobolaji Olufunso Johnson (retd). Johnson was the first military governor of the state. He was 83 years old.

The President acknowledged his contributions to the development of Lagos state, noting that Johnson laid a solid foundation for it. Buhari’s condolence message, which was conveyed in a statement by his Special Adviser on Media and Publicity, Mr Femi Adesina, reads, “The President commiserates with family members, friends and associates of the former governor, who had a distinguished career in the Nigerian Army, starting out as a cadet in 1959 and retiring in 1975.

“As the first Governor of Lagos State, which was then the Federal Capital Territory, President Buhari affirms that Brig.-Gen Johnson laid a solid foundation for the development of infrastructure in the state and provided a good framework for the civil service. “The President notes that the late Johnson’s footprints in promoting education and building durable health system will always be remembered.

“President Buhari prays that the almighty God will accept the soul of the departed while calling on all leaders of the state and citizens to uphold the legacies of discipline and selfless service bequeathed by Brig.-Gen Johnson.”