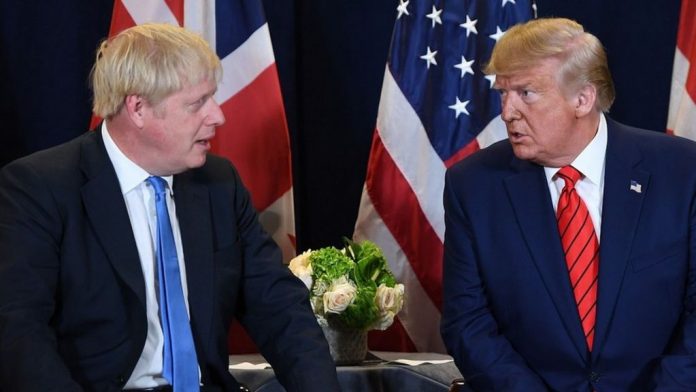 The government has defended the UK’s Brexit deal with the EU, following criticism from the US president. Donald Trump said the US “can’t make a trade deal with the UK” under Boris Johnson’s EU withdrawal agreement.

But Housing Secretary Robert Jenrick said the PM’s plan was a “good deal” that allows the UK to “strike free trade deals around the world”. Other comments made by Mr Trump led Labour to accuse him of trying to “interfere” in the election.

Speaking to LBC, the president said Mr Corbyn would be “so bad” as prime minister and that Mr Johnson was “the exact right guy for the times”. Mr Corbyn accused him of “trying to interfere” in the UK general election to boost “his friend Boris Johnson”.

The UK is going to the polls on 12 December following a further delay to the UK’s departure from the EU, to 31 January 2020.

No Govt financial transaction will be done in secret, says Buhari