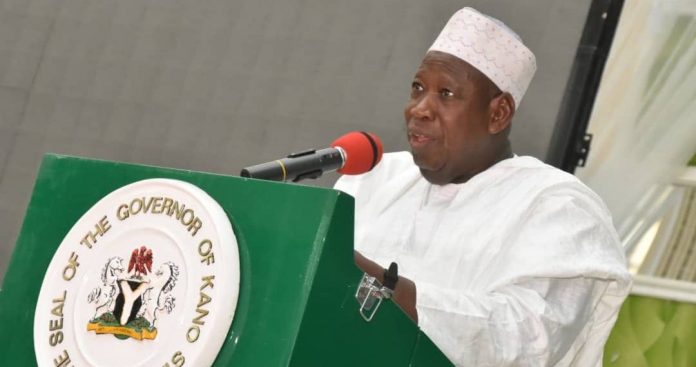 The Kano State Government has approved death penalty for anyone found guilty of kidnapping across the state. Governor Abdullahi Ganduje gave the order while receiving the nine children who were abducted from Kano and trafficked in Anambra State. He also inaugurated a commission to be headed by Justice Wada Rano to commence an inquiry into cases of missing persons from 2010 till date.

Furthermore, he directed the Ministry of Justice to immediately commence the process of making amendments to laws regarding kidnapping and other child-related abuses. The commission is expected to submit its report to the government in the next 30 days. Meanwhile the governor has also directed the distribution of one million naira to each of the pupils to cater for their well-being.

He also directed their parents to prioritize their education which has now been declared free and compulsory by the administration. The children were successfully rescued on October 13 by the police after being trafficked over a period of five years.

PDP, Atiku should apologise to Nigerians, instead of appealing – Lai...